So when I was kid, there were key points I can remember when we’d all head down to the pizza place closest to my dad’s plant to watch his and his coworkers’ work launch satellites into space. It’s a unique experience to witness your father witnessing his own work do something so mind blowing. 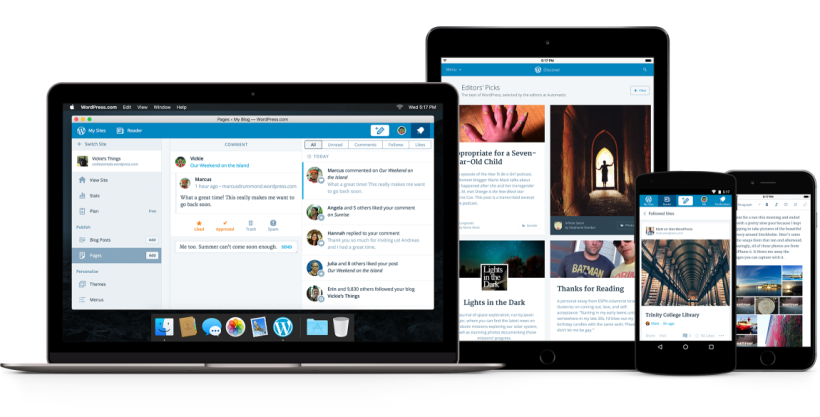 So while my father builds the rockets that launch satellites into space, I manage to do some (much less complicated, and much less tension-inducing) building and launching of my own: I work for the company that builds WordPress.com, the platform I’m blogging on right now, and we just launched some pretty cool stuff that we’ve been working on for quite a while.

I’m very happy to share that as of today, Automattic has released the source code for Calypso, our JavaScript- and API-powered interface that runs on WordPress.com. This has taken a huge effort on our part for the better part of two years, and I couldn’t be prouder. This comes with a shiny-new interface that we also used to build a Mac app.

So, is your website a satellite being shot into orbit? Not quite, but it wouldn’t be far off to think of WordPress.com as an Atlas V rocket to get your site on the web, anyway. 🙂

One thought on “Web and Rockets”